“Swear on something else. Swear on your humanity.”

I suddenly find it very hard to swallow. My humanity? With a jolt I realize that there are far greater things at risk here than just my life. I’m in the faerie world, anything could happen. Even immortality.

The Otherworld is the home of the faeries, deceitful, decadent, and deadly. As the next in line to be-come Guardians, Jaye and her brother Thomas are tasked with defending the human world from all things magical. But when a routine scouting mission ends with them trapped in the Otherworld, it becomes pain-fully clear that someone doesn’t want them to leave the world of the faeries. Determined to not become an immortal’s pawn, Jaye kidnaps Ravven Crowe, an arrogant solitary faerie, so that he can guide them safely home. But things quickly go from bad to worse when they are captured by the Winter Court and embroiled in a plot to start a faerie civil war. Thomas is enslaved by an Unseelie faerie, and it seems that the only way to save her brother and avoid a war is for Jaye to ally herself with Ravven.

The faeries are governed by a set of strict laws. For their own safety, the Guardians have their own rules. But with Thomas’s life hanging in the balance there is only one way to save him that does not include breaking the faerie’s Fair Law, a crime that ends in death. Together Jaye and Ravven must compete in a series of deadly tests given by the faerie courts in order to earn Jaye the right to be named the Fair Assassin and wield the Blade of Gold and Iron. As the Fair Assassin she will be permitted to kill any faerie she so chooses, but first she has to live long enough. Walking a fine line between destruction and further entanglement with Crowe, Jaye is going to have to break her own rules if she wants to win. She must trust a faerie. Her life and humanity depend on it. 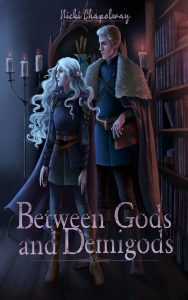 Between Gods and Demigods

Once there was a battle between gods and demigods, and the demigods lost. Now sorcery is banned and those who choose to follow the demigods 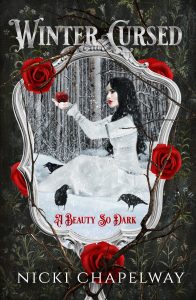 Mirror… Mirror… Elisabeth is cursed. Her kingdom is locked in an eternal winter. And her stepmother Ismena has stolen her throne. When Ismena comes to 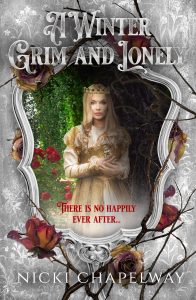 Mirror… Mirror…. Ismena is the queen of Alain and considered by all to be the fairest maiden in the land. She happily looks forward to

Kingdoms both heavenly and earthly demand his mind. No wonder he disappears for two hours each day. Nothing escapes Kelton’s notice, and nothing leaves his Scout the area. Plan the escape. Rescue the slave. What could possibly go wrong? Mere’s continuing her apprenticeship in San Valencia, but when a strange

Suffering strangles her soul. How can she ever smile again? A helpless newborn . . . that’s exactly how twenty-four-year-old Liliora Ellith feels in her 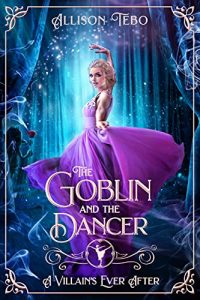 The Goblin and the Dancer

Grik the goblin spends his days as a janitor cleaning the Metropolitan Dance Hall, drawn to the Elvish world and tired of the darkness of 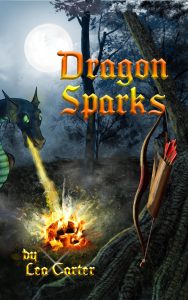 Nothing ever happens in Herrixka. That’s part of what drew Leuna back after she completed her medical training. She just wants to catalogue the local

A king in need of a bride. A rebel leader in his dungeon. A farmer’s daughter with a choice. This isn’t a fairy tale.  The