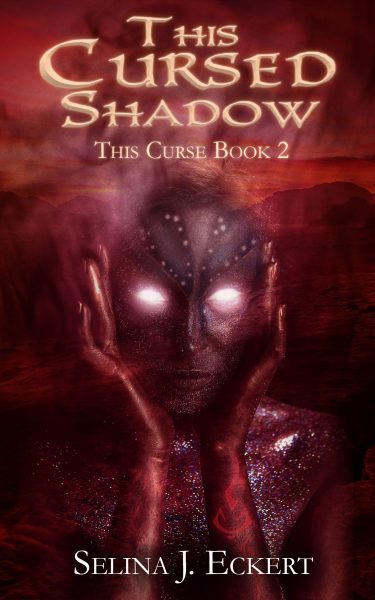 This Curse, #2: This Cursed Shadow

Sometimes the darkest shadows lie within.

Senka, a Shadow made of light and dark, is finally a Guardian of the Shadow Realm, years after her parents were killed by the same deadly creatures now trapped there by the djinn. But when the creatures ambush her on one of her first days on the job, she finds herself with a fatal curse. Worse yet, decaying barriers eject her from her home—threatening to release hordes of the shadow-creatures right along with her. Her only choice is to find the one person who might be able to reverse the curse and get her home in time to warn the other Shadows of the impending disaster. The only problem? He’s been missing so long he’s practically a myth.

Lacey, granddaughter of the great Ghadir, has been living among the humans with her brother since the Candrani revolted and plunged the Djinn Realm into chaos. When her mother, still in the Realm, suddenly stops answering Lacey’s calls, Lacey is desperate to bring her to safety. But when Lacey returns to the Realm, she finds a world far different from the one she had left years before.

Escaped shadow-creatures throw Lacey and Senka together, thwarting everything Lacey had ever been taught to fear about Shadows. When news of a once-lost Shadow artifact reaches them—an artifact capable of leading them straight to the man who can save Senka—they find themselves embroiled in a plot deeper than they could have imagined, a plan to steal long-lost objects of power and take control of the Candrani forces. With time running out, can they escape a power-hungry djinn in time to stop the wards from breaking?

Or will the Realms fall to this ancient magic?

This Cursed Shadow is the wished-for sequel to YA urban fantasy novel This Cursed Flame. If you like imaginative fantasy, unlikely companions, and fast-paced action, then you’ll love Selina J. Eckert’s enchanting series! 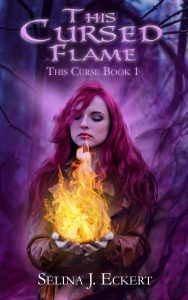 This Curse, #1: This Cursed Flame

Janan has been on the run for years. But her true nature may just force her to confront the very evil that created her. Genie

First in the Eubeltic Realm series Your soul will remember… As a woman who wasn’t born to wealth or privilege, Abigaia has mastered the art

Once upon a time… Robin and Robert are royal twins. They are the only two to have received a Fairy Godmother gift in nearly a

Fifteen-year-old Jen can’t remember her imagination. She knows she had one once, though, and honestly, she’d like it back. It’s been eight years. One day Annals of Alasia #6: In the Double Agent’s Service

Erik would give his life to protect King Jaymin. However, when an old enemy shows up with new schemes, that may not be enough. Anya Can you save someone who doesn’t know if she’s alive? Breen lives locked away, separated from the world by the walls of her clock tower 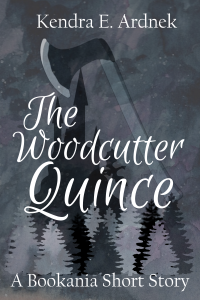